Aldwin is a proud UCLA Bruin, receiving his BA in Sociology and minor in Philosophy, and his Juris Doctor from Southwestern Law School. He was a recipient of the “Bill and Melinda Gates Millennium Scholarship” out of high school, a full-ride scholarship given to those who show exceptional ability and drive despite various shortcoming including poverty. Aldwin continues to counsel high schoolers as a Gates Scholarship Representative and has helped eight students win the award. Aldwin interned with the United States Bankruptcy Court under the Honorable Barry Russell as well as with the United States Department of Justice, Tax Division. 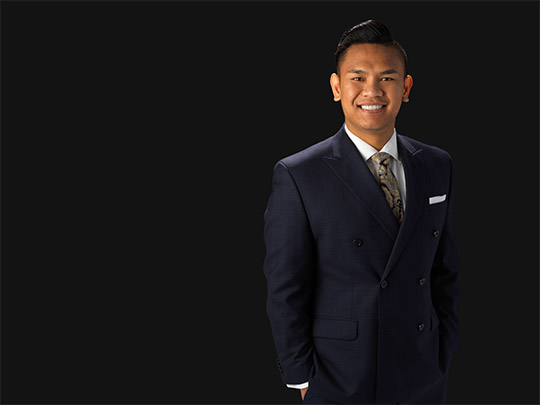